We are extremely proud of the cases that we have had the privilege of working. This page contains a few we have published without causing legal or personal issues for clients. Also, we only publicise cases with full permission of our clients. Also if you are having trouble reading this blog, check internet speed.

The first is one of our proudest cases of our agency:
Kirk W Owen

We received a call from some very nice people in Jaco Costa Rica that a North American man was picking up young boys in the neighbor hoods and the beaches and taking them back to his house. 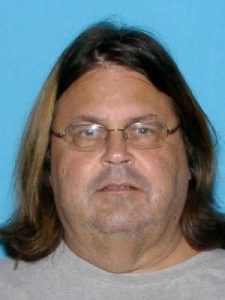 They had found out that he was a man by the name of Kirk W Owen and that was a convicted child molester from the U.S. They had made many telephone calls to the Jaco police with their concerns, but the local police refused to look into it!

We sent a team to Jaco and put him under surveillance, and within about one week he was removed from Costa Rica.

But this was an international effort; it took friends from The U.S. Marshals to resend faxes to the Costa Rica Government before they made a move on him!
• http://www.ticotimes.net/2013/08/05/costa-rican-authorities-detain-convicted-u-s-pedophile-in-jaco-plan-to-deport-him

we received a call from a young lady that her ex-boyfriend had kidnapped her son and was holding him for a ransom of “a high-end sports car”. She arrived at our office at 10 P.M. and was distraught beyond words! She had made many calls to the police in Costa Rica and they would not return her telephone calls and refused to help her.

Thanks to one of our other clients letting us borrow his new Jaguar we were able to pull a game on the kidnapper and returned her son to her within 2 days.
• https://securityteknews.wordpress.com/2012/09/20/nais-member-doug-smith-costa-rica-private-investigator-returns-2-year-old-son-to-north-american-mother/

As you may or may not know squatters are a big problem in Costa Rica and the Government of Costa Rica never helps (in fact, there have been cases that the Costa Rican Government have taken part in it). They make the victim hire an attorney and spend $11,000-$30,000 and up to 15 years in court to try to take possession of their property. WE DON’T DO IT THAT WAY!!!!!

We were contacted by a doctor from Florida, he informed us that he owned a home Santa Ana, Costa Rica. He had received a telephone call from one of his neighbors and they informed him that some people were living in his house.

We went to the location and talked to a young man that was at the house and he told us that it was his aunt’s house and we told him that was not correct and for his aunt to call us very quickly! We then went to the local police and showed them the deed to the property and they refused to do anything!

The aunt never called so we turned off all the power and water to the house. When the aunt did show up we “made her an offer that she could not refuse”. They were out of my client’s home in two days!
• http://pursuitmag.com/costa-rican-house-thieves/